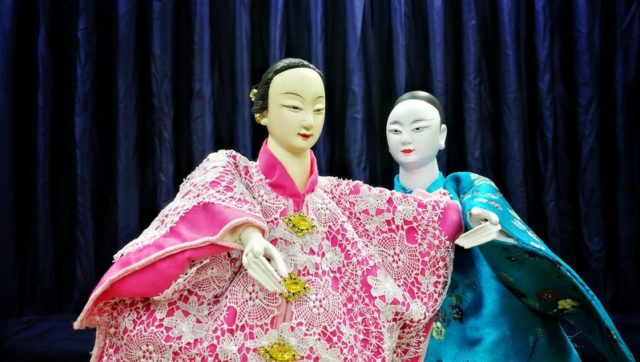 After a successful season of performances at the Heritage Celebrations, George Town Festival and Butterworth Fringe Festival in Penang, Ombak Potehi is set to perform in Tokyo from November 2 to 8, 2017. An outreach program of Ombak-Ombak ARTStudio, Ombak Potehi comprises young artists who have learned the art form from the masters and have localized it to attract multiethnic audiences in Penang

Under the auspices of the Gei Boon Hua Production Company, Dr. Kaori Fushiki, an ardent supporter of Potehi glove puppet theatre in Asia, has invited Ombak Potehi to give a series of performances, workshops, and talks for community audiences in various parts of Tokyo and for the students of Taisho University. Japan Foundation’s Asia Centre Grant for Enhancing People-to-People Exchange will sponsor the events in Tokyo.

Kaori is excited about the exchange. She said that she ‘wants to show the Japanese people how Malaysian young artists are sustaining their traditions and how they are promoting cultural diversity through theatrical activities. The Japanese students can learn about the processes of documenting and revitalizing an art form that is endangered in Penang.

Kaori continues to say that this exchange will also help to promote the efforts of Potehi master Mr. Kanagawa Ryo (a.k.a. Chan Chin Hoi) who runs a potehi troupe called Tobyi in Japan.‘Mr. Kanagawa and the young people from Ombak Potehi can further inspire one another about ways to energize and localize Potehi,’ Kaori adds.

Prof Tan Sooi Beng, the artistic director and initiator of Ombak Potehi stresses that ‘the performances and workshops in Tokyo will give the young apprentices international exposure and spur them on to further develop the form in the near future. I will also share with the students of Taisho University and the community activists in Tokyo the bottom-up research methodologies that I have initiated for sustaining traditions in Penang. The whole process of research and performance engages the tradition bearers and young people of the community,’ she emphasizes.

How can you Help? Participate in the Fund Raising Show

In addition to sponsorship from Japan Foundation, Ombak Potehi needs to raise additional funds for the subsistence of its members in Tokyo. For this purpose, Ombak Potehi will mount a show to collect donations from supporters and friends. There will be two plays:

The Monkey King Adventures – Kuan Yin Takes the Red Boy as a Disciple (30 minutes)
A well-known episode from the novel Journey to the West, the legendary Tang dynasty monk and scholar named Tang Sam Tsong travels to the western regions of Central Asia to look for sacred Buddhist texts.

What was Penang like a century ago? Ombak-Ombak ArtSTUDIO’s potehi group presents a tale of love and friendship juxtaposed against activities such as the lively spice trade, street festivals, pilgrims listening to talks at the mosque, secret society fights and dancing at the amusement parks in old Penang.

Please Donate Generously to Help Sustain the Potehi Glove Puppet Theatre in Penang. It is indeed for a good cause, which will help the Ombak Potehi grow internationally, and bring a slice of Penang to the Land of the Rising Sun!

The Ultimate Guide to Pangkor Kali Amman Temple: How to Visit Malaysia’s Hindu Temple by the Sea

The Ultimate Guide to Penang Street Art: Where to See Penang’s Best Mural Art in 2022

These Are the Best 17 Ipoh Hotels You Should Check Out...

13 Glamping Spots in Malaysia for a Stunning Luxury Stay in...

7 Reasons Why You should Visit the Habitat Penang Hill